Capicola Confidential: Secrets of the Sandwich-Maker 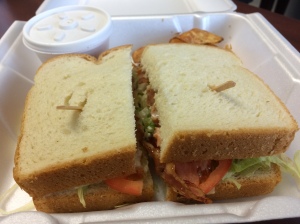 I’ve never eaten at Jimmy John’s, but they must have some incredible sandwiches, made with either top secret ingredients or through a confidential process (or both!).  It turns out that this sandwich chain requires its hourly workers to sign non-compete agreements, prohibiting its employees from working for a competitor for two years(!) after leaving Jimmy John’s.  I don’t know how I missed that, but it was apparently widely reported back in October, in Business Insider and the New York Times, among other publications.

According to the New York Times article, this isn’t really all that uncommon, as more and more employers are requiring low- and moderate-wage workers to sign these agreements. But, it seems to me very unlikely that these agreements would be enforceable in New York.  Plus, given the expense of enforcement, it is doubtful that any employer would truly think it worth the cost of litigating these agreements.  But, a low-wage under threat of litigation and unable to afford a lawyer to defend them in such an action may not know that, and feel trapped in their current job.

In New York, these agreements are more common among professionals, executives, and higher-paid salespersons with access to confidential business-related information.  And, even in those situations enforcement is not a sure thing.  Restrictive covenants in employment—also referred to as non-compete clauses—are generally not favored, and will be enforced by the courts only to the extent they are reasonable and necessary to protect legitimate business interests, such as the protection of an employer’s trade secrets or confidential customer lists, or protection from an employee whose services are unique or extraordinary. Courts have also held that employers have a legitimate interest in preventing former employees from exploiting the goodwill of a client or customer, which had been created and maintained at the employer’s expense, to the employer’s competitive detriment.  What legitimate interest would a sandwich chain have to justify preventing one of its sandwich-makers from leaving and working for a competitor?

This may all be moot if Congress passes the Mobility and Opportunity for Vulnerable Employees (MOVE) Act (not to be confused with the Military and Overseas Voter Empowerment Act).  According to the press release issued by one of the sponsors, the legislation:

will enable low-wage workers to seek higher-paying jobs without fearing legal action from their current employer.  The MOVE Act will ban the use of non-compete agreements for employees making less than $15 an hour, $31,200 per year, or the minimum wage in the employee’s municipality, and will require employers to notify prospective employees that they may be asked to sign a non-compete agreement.

According to the press release, it is estimated that 8-15% of low-wage workers are asked to sign non-compete agreements in an effort to dissuade those workers from seeking better, higher-paying jobs within the same industry. Although such agreements in these contexts may ultimately prove to be unenforceable in many jurisdictions, passage of the MOVE Act would remove any doubt with respect to these employees.

For more information about restrictive covenants and some recent developments in New York law, I invite you to read the latest posting on our firm’s website: New York Employers Could Soon Have More Difficulty Enforcing Restrictive Covenants.

Two weeks ago, I wrote about two recent amendments to the Wage Theft Protection Act.  One of those amendments eliminated the annual wage notice that employers were required to provide employees.

One of the problems identified by the Governor when he approved these amendments was the fact that the changes were not effective until 60 days after signed.  The problem with that effective date (for 2015 at least) was that the notice required employers to provide the annual wage notices no later than February 1, 2015.

Thankfully, legislative leaders and the Governor have agreed to a chapter amendment to make this change effective immediately: “Accordingly, given the pending enactment of this chapter amendment, the Department will not require annual statements in 2015.”  You can see the notice for yourself here.

Talk about good timing.  Tomorrow I am scheduled to conduct my staff reviews.  That’s one less thing I have to prepare tonight.

As I wrote in a post earlier today [Annual Notice Provision Eliminated From Wage Theft Prevention Act], Governor Cuomo signed legislation yesterday amending certain provisions of the Wage Theft Prevention Act.  In addition to eliminating the annual notice provision, the amendments enhance certain penalties and make it easier to pursue repeat violators who attempt to evade the provisions of the act by setting up new businesses with similar operations and ownership.

One of the other significant provisions of this legislation [L.2014, ch.537], is the inclusion of an amendment to the New York Limited Liability Company Law.  The amendments now impose personal liability on the members of a limited liability company with then ten largest ownership interests for the failure of the company to pay the wages of its employees.  These amendments are similar to provisions already contained in the New York Business Corporation Law.  Although the liability is also joint and several, employees wishing to take advantage of these provisions must first satisfy certain conditions, including providing written notice to the member against whom a claim will be made.

Over the last several years, the Legislature has made it a priority to protect employees from employers who fail to pay wages.  These amendments are part of that effort, and the they simply bring the provisions of the Limited Liability Company Law more in line with the provisions that already apply to most other business entities in New York.

In January, I wrote about the notice requirements of the Wage Theft Prevention Act that apply to both new employees and existing employees.  [See Employers: Do Not Forget Your Annual Employee Wage Theft Prevention Act Notice].  The Act required employers in New York to provide all new employees with a written notice setting forth the employee’s rate of pay and other pay-related information.  The Act also required employers in New York to provide another written notice containing the same information to all other employees annually, before February 1 of each year.

Not surprisingly, the annual notice provision was roundly criticized by employers and business groups across the state because of the administrative burden and expense imposed on employers.  The Rochester Business Alliance noted that the required written notice contained the same information that employees already receive on their paystubs.

Earlier this year, the Legislature passed an amendment to the Wage Theft Prevention Act, eliminating the annual notice requirement, and yesterday, Governor Cuomo signed the bill into law (L.2014, ch.537).  The amendments also increase certain penalties for non-compliance and include provisions making it easier to establish successor liability against employers who attempt to evade the provisions of the law by purporting to set up new companies.

In his approval memorandum, the Governor noted that he was signing the bill into law, even though there were some technical and substantive problems that will need to be addressed.  I would expect the Legislature to act on these issues early in the new year. 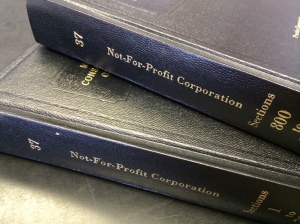 The New York Nonprofit Revitalization Act of 2013 resulted in a number of significant changes to the New York Not-For-Profit Corporation Law.  Many of those changes are effective as of July 1, 2014.  My colleagues in our firm’s business department just published an excellent article summarizing the new requirements, and outlining what nonprofit board members must do to ensure that the organization they serve remains in compliance.  Please share this information with anyone you know who serves on a nonprofit board.

Here is a link to the article: Nonprofit Best Practices Now Mandatory.

For more information about this or the other services provided by our firm, please feel free to contact me.