Home » Litigation » Are you responsible for injuries caused by a distracted driver who crosses the center line and collides head-on with another vehicle while texting with you?

Are you responsible for injuries caused by a distracted driver who crosses the center line and collides head-on with another vehicle while texting with you? 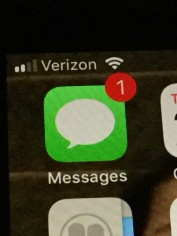 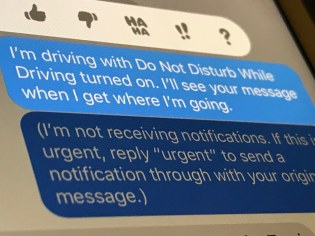 Courts have held that a passenger in a car may be liable if he or she distracted the driver while operating the vehicle immediately before an accident.  Does such liability extend to a person sending text messages to a person whom he or she knows is operating a motor vehicle immediately before an accident?  Earlier this month, the Appellate Division answered this question in a case of first impression in the State of New York [Vega v. Crane, ___ A.D.3d. ___, 2018 NY Slip Op 03262 (4th Dep’t 2018)].

On a dark, rainy night in December 2012, Carmen Vega and Collin Crane were driving their vehicles toward each other on Route 33 in Genesee County.  Mr. Crane was driving home from work and was exchanging text messages with his girlfriend, Taylor Cratsley.  As the vehicles approached each other, Mr. Crane’s vehicle crossed the center line and the two vehicles collided, killing Mr. Crane and seriously injuring Ms. Vega.

The New York State Police determined that the primary cause of the accident was Mr. Crane’s failure to keep to the right of the center line.  According to the accident reconstruction report, there was no evidence that Mr. Crane tried to take evasive action, suggesting that he was likely distracted.  The investigator concluded that the cellular phone activity “may have been the source of this distraction.”

Ms. Vega commenced a lawsuit arising out of the accident, and included a claim against Ms. Cratsley, “alleging that the collision was caused in part by her negligence in continuing to engage [Mr. Crane] in a text message conversation despite knowing, or having special reason to know, that he was operating a motor vehicle.”

The trial court granted Ms. Cratsley’s motion for summary judgment, dismissing the complaint against her, and Ms. Vega appealed.  The Appellate Division affirmed, holding that:

[A] person does not owe a common-law duty to motorists to refrain from sending a text message to a person whom he or she knows, or reasonably should know, is operating a motor vehicle.

In rendering its decision, the Court noted “a significant distinction between the distracting passenger and the remote sender of text messages.”   The Court reasoned that a driver cannot prevent the passenger–who is actually inside the vehicle–from creating a distraction.  However, the same driver “has complete control over whether to allow the conduct of the remote sender to create a distraction.”

It is the driver who has the duty to see what should be seen and to exercise reasonable care in the operation of his or her vehicle to avoid a collision with another vehicle.

If a person were to be held liable for communicating a text message to another person whom he or she knows or reasonably should know is operating a vehicle, such a holding could logically be expanded to encompass all manner of heretofore innocuous activities.  A billboard, a sign outside a church, or a child’s lemonade stand could all become a potential source of liability in a negligence action.  Each of the foregoing examples is a communication directed specifically at a passing motorist and intended to divert their attention from the highway.

Finally, in reviewing the various laws passed to regulate cellular telephones and other electronic devices by those operating motor vehicles, the Appellate Division noted that in passing these laws, the legislature did not create a duty to refrain from communicating with persons known to be operating a motor vehicle.  Instead, “those laws place the responsibility of managing or avoiding the distractions caused by electronic devices squarely with the driver.”

Did you know?  Since our firm began in 1979, we have represented clients seriously injured by the negligence or intentional misconduct of others, whether involving motor vehicle accidents or other wrongful conduct.  This has also been part of my litigation practice since I joined the firm over 20 years ago.  If you or a someone you know is ever seriously injured by another person’s carelessness, you can always contact us to talk about your rights and available options.  Information about our Personal Injury Practice may be found here.  Hopefully, you’ll never need us for that.